You are here: Home / About Robert M. Findlay

About the author and owner of Top Read Publishing 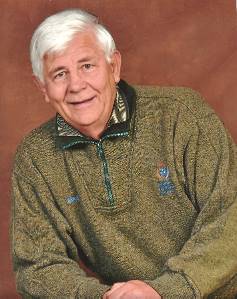 Raised in Henderson for his first twelve years his playground was the site of Henderson’s mill on the Opanuku stream that drains the Waitakeres.

He has lived and worked throughout New Zealand: Henderson,  Christchurch, Mosgiel, Dunedin, Hastings, Palmerston Nth, Roxburgh Central Otago, Southland, Wellington, Otahuhu. His job in Wellington involved travel to all horticultural regions in the country. With visits to USA and Japan. Including an International Society of Horticultural Science Congress at UC Davis.

Robert commenced full time employment with the Horticulture Division of the Department of Agriculture in Hastings February 1969. After a merger with Farm Advisory Division it  became Advisory Services of the Ministry of Agriculture and Fisheries. He worked in head office as Chief Advisory Officer, (Horticulture). When “user pays” was introduced and the Advisory Services Division morphed into MAFTech he exited MAF. First serving as a private secretary in parliament buildings then managing the establishment of the NZ Horticulture Export Authority. He took voluntary severance mid 1988.

Joining  the “Ahead of the Times “Manukau City Council Parks Department as Park Operations Manager, retiring  as Parks Recreation Manager,   23 years later. He was involved in other roles such as Civil Defense and enjoyed a stint in the Manukau CC pipe and drum band. (Wallace tartan). though not really mastering the tenor drums, it was fun to be involved.

With the advent of the new Auckland City and having experienced enough changes during his career he elected to retire and move on a few months after the formation of Auckland City.

During the time he received several merit and service awards from industry organizations; NZ Sports Turf Institute, Sports Field Forum, NZ.  Including  the New Zealand Recreation Association, NZRA, which  presented him with the Ian Galloway Memorial cup, In recognition of excellence and outstanding personal contribution to the wider parks industry. 2011

He was also responsible for the Manukau Parks Teaching Gardens which won the NZRA Outstanding Project Award, To recognise excellence, innovation and effectiveness in the provision of a recreational /leisure project. 2010

From 1988 the family had an orchard and market garden business: – Convoy Brand. Originally a glasshouse tomato and table grape operation supplying the auction markets. Then supplying Farmers markets, the main ones Convoy supplied  were at Parnell and Howick. Over the period they and sold 30 different crops

The last few years have seen the  removal of the glasshouse structures.  With recent activities just supplying a food basket business- Out Of Our back Yard “OOOBY”  with Citrus, rhubarb and honey.

Since “retirement” in March 2011 Robert  has been sifting and collating family history information gathered since 1970. One upside of living and travelling throughout NZ was meeting many members of the extended family from Northland to the Bluff. Hawkes Bay/East Coast  to Taranaki.

In retirement he is racing to publish as much family and employment history as he can. Top Read Publishers, 2017, is the vehicle to get them to market.  This  web site Topread.nz is both a promotional tool and record of publications.

His latest major publications are:

It is planned to start posting  “Top read”  publications  on “Wheelers” New Zealand’s largest online supplier of books and eBooks to Public Libraries and Educational institutions.