You are here: Home / About Top Read Publishing 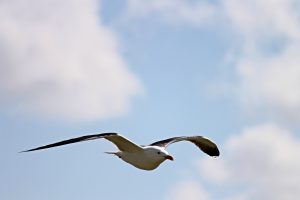 The main objective of Top Read Publishing is to publish family histories.

Due to the limited market for family histories (FH) I am now looking to publish titles that have the potential to sell well in order to help fund the FH’s. Those tagged.
STOP PRESS:
A start has been made on a Biography of John and Elizabeth (Shaw) FINCH,  Settlers on the John Wickliffe. 1848 into Otago. As well, of his brother Thomas and nephew James who followed from Derbshire England.
Timed to be launched in March to coincide with the 175th anniversary of Otago.
Concurrently John and Jessie Finch and their family of the Tokomairiro is being written.
Prices are not low. They reflect the time invested in researching and the true costs to print small runs and to distribute. Apologies for that but it must be in order to remain viable.
The site has been created to list and promote both the published and the planned publications. Works in progress. WIP.
A NEW SERVICE OFFERED. Copies of any of the images in TopReads’ extensive family history collection (15k) are available to be purchased  eg; photos of 4 generations or of any individuals desired.  Enquire for more information.,
Publications fall into the following categories:

Launched Labour weekend at the 151st ANNIVERSARY OF EDUCATION ON THE TAIERI, MOSGIEL, OTAGO.

George and Jessie (McGrouther) Finch and their family of the Tokomairiro. Target-to launch at the time of unveiling the TP60 memorial plaque at The St Johns Anglican back road burial ground. Tokomairiro, late 2023.

Those below are also works in progress with no set date for completion.

Indicate your interest to ensure your copy as printing is by and large “to order”.