From previously un recognised trench map coordinates it is known where Donald and possibly eleven others were killed and buried. So no, God is not the only one who knows where our/my Gt Uncle  Donald perished. How this was discovered is revealed in his Biography.

The site was was half way up Bellevue spur.

When a return to remove the remains was made there was nothing to recover as artillery fire had obliterated the site. Hence listed killed and missing in action and “no known grave” . 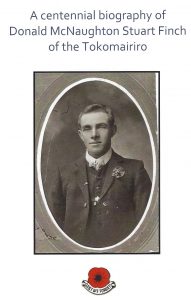